RTD is the abbreviation of Resistance Temperature Detector, referred to as thermal resistance which resistance changes linearly with temperature.

The most common type PT100 core is made of copper(Cu100%)with measuring temperature range: -40 ℃-150℃. This type of RTD is widely used in industry by its feature of low cost, high accuracy for wide temperature range, strong stability.

The RTD cable is used to connect the RTD to the measuring device to compensate for errors when the junction point temperature changed.

There are three types of RTD cable from the cores: 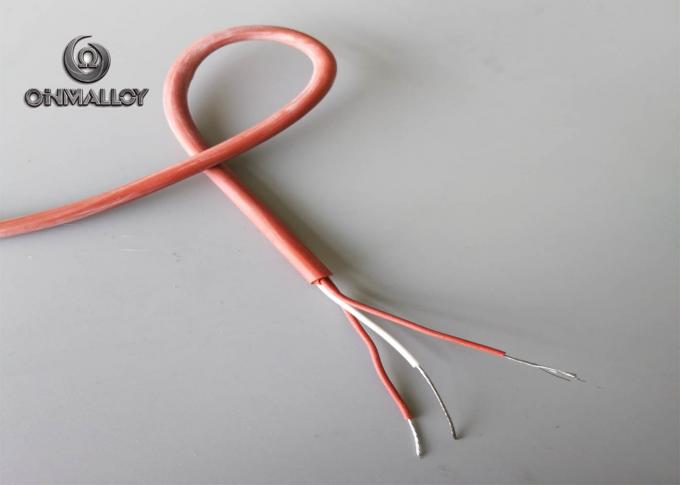 Each end of the thermal resistor connected by a wire to extract the resistance signal that is called two-wire type. This lead wire working method is very simple, but with comparatively high resistance which will lead to temperature measuring error, therefore, this wire type is only suitable for occasions with low measurement accuracy.

Connecting each ends of the thermal resistance by two wires is called four-wire type. Two of the leads provide a constant current (I) for the thermal resistance, converting resistance(R) into a voltage signal (U). At the meantime, the other two wires lead U to the indicator meter. By this way, the four wires type can completely eliminate the influence of the lead resistance. It is mainly used for high-precision temperature detection and measurement.